EPA (for Neutral Fat) and DHA (for Memory) Special Talk

We organized a special talk about DHA, which people know through the claim that eating fish boosts intelligence, and EPA, its lesser-known relative.

Everybody in the industry knows EPA, but what is it? 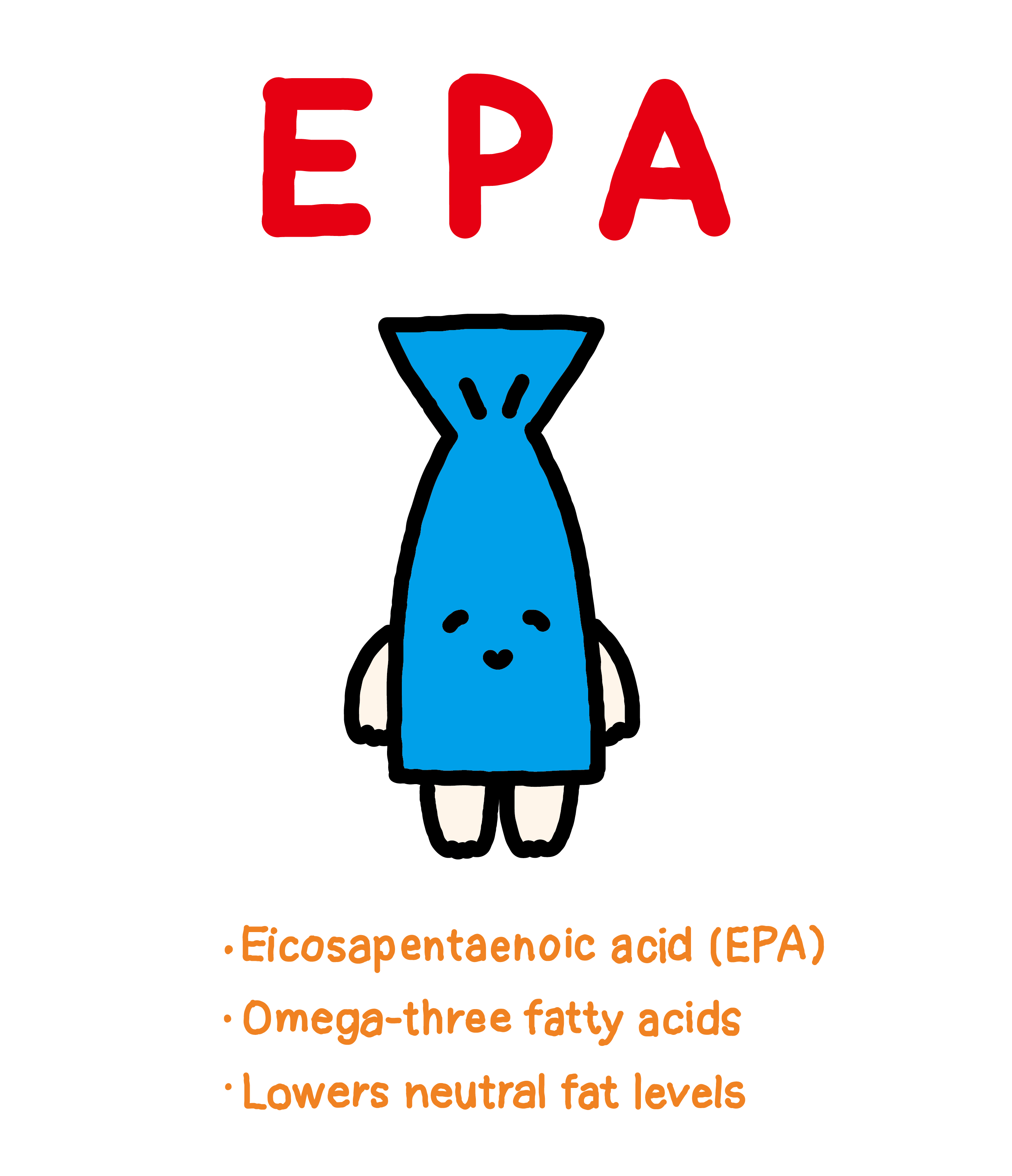 DHA: Well, we know each other well, but I'm really looking forward to my talk today with omega-3 fatty acid EPA.

EPA: Fatty fish like sardine or horse mackerel are rich in DHA and EPA, but it seems that EPA isn't as well known as DHA.

DHA: EPA helps clear the blood of fat, and research is being done to study how it can help prevent conditions like hyperlipidemia, atherosclerosis and heart attacks.

EPA Was Discovered in the Diet of the Inuit

Inuit eat mainly fish and seal, which feeds on fish, and their blood was found to contain high levels of EPA.

EPA: That's right. This discovery came to light through epidemiological studies of Greenland's Inuit in the 1960s and attracted considerable attention among researchers.

DHA: Yes, the study was started because it was known that Inuit had a much lower death rate from heart attacks than Europeans. This led to the discovery that Inuit have high levels of EPA in their blood.

EPA: And when the Inuit diet was studied, it was also discovered that fatty fish are rich in EPA.

DHA: Nissui was the first company in the world to succeed in extracting highly pure EPA. That development has made it possible to use EPA in medicine too.

EPA: That's right. Nissui has been conducting joint research on EPA with universities since 1979.

EPA: In the 1980s, there was a lot of talk about how the brain and the nervous system contain abundant DHA and that DHA is beneficial for brain function.

DHA: Breast milk also contains DHA. DHA is supposed to be good for people who want to remain mentally sharp. EPA helps those concerned about keeping their blood and circulatory system in good shape.

EPA: People worry about age-related declines in memory, attention and judgment, so I would really encourage them to think about taking EPA and DHA.

DHA: Exactly. Did you know that EPA changes into DHA once it's ingested? If people eat foods rich in EPA, they can get enough DHA too.

If You're Worried about Neutral Fats, Check This Out! 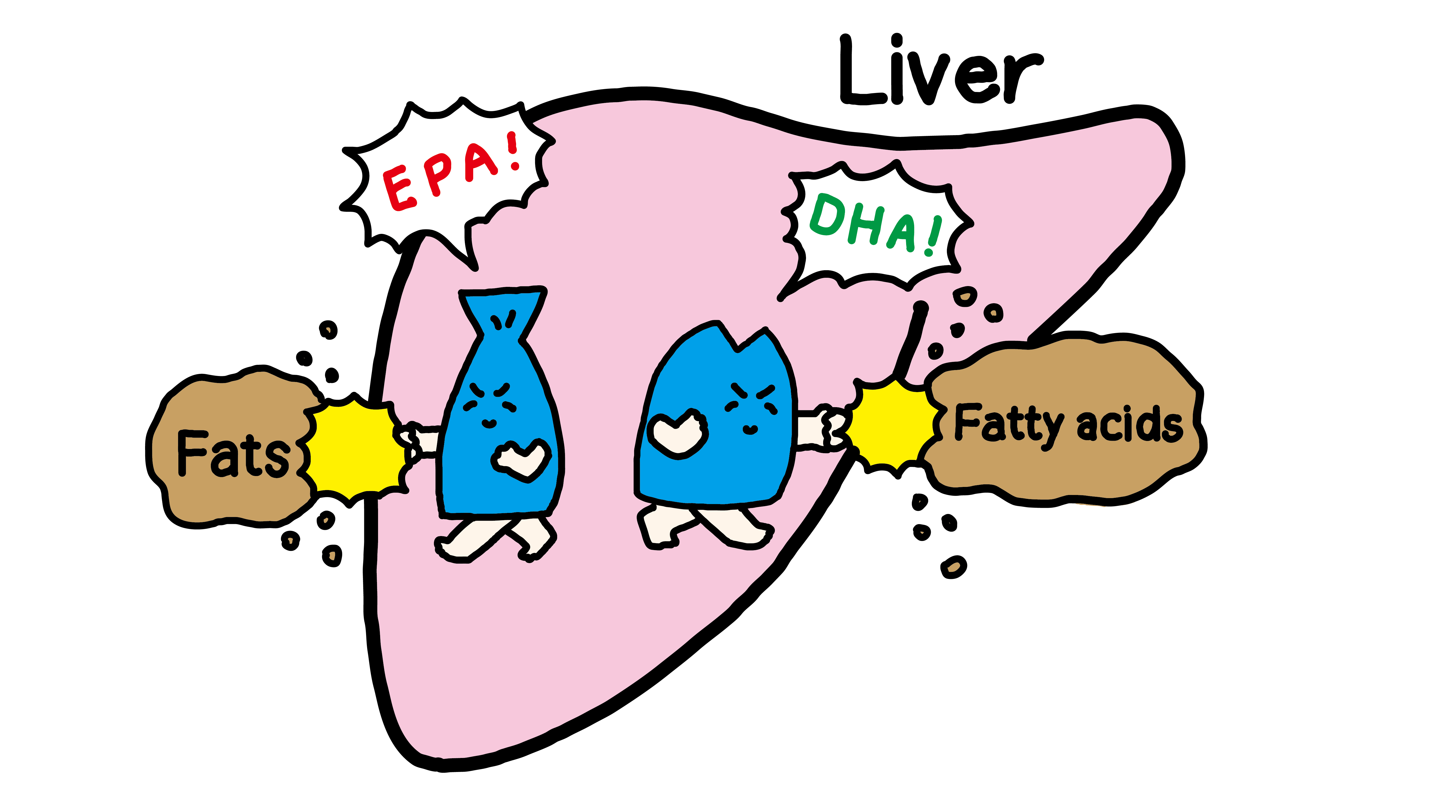 DHA: Changing the subject here, but have you been worried about neutral fats lately?

DHA: Yes. EPA can lower neutral fat levels, so if you hear someone muttering that they're worried about neutral fats, make sure to tell them about it.

EPA: Yes, we'd certainly like everyone to know that we're working on the neutral fats issue.

Make Sure to Get 900mg of EPA/DHA Every Day 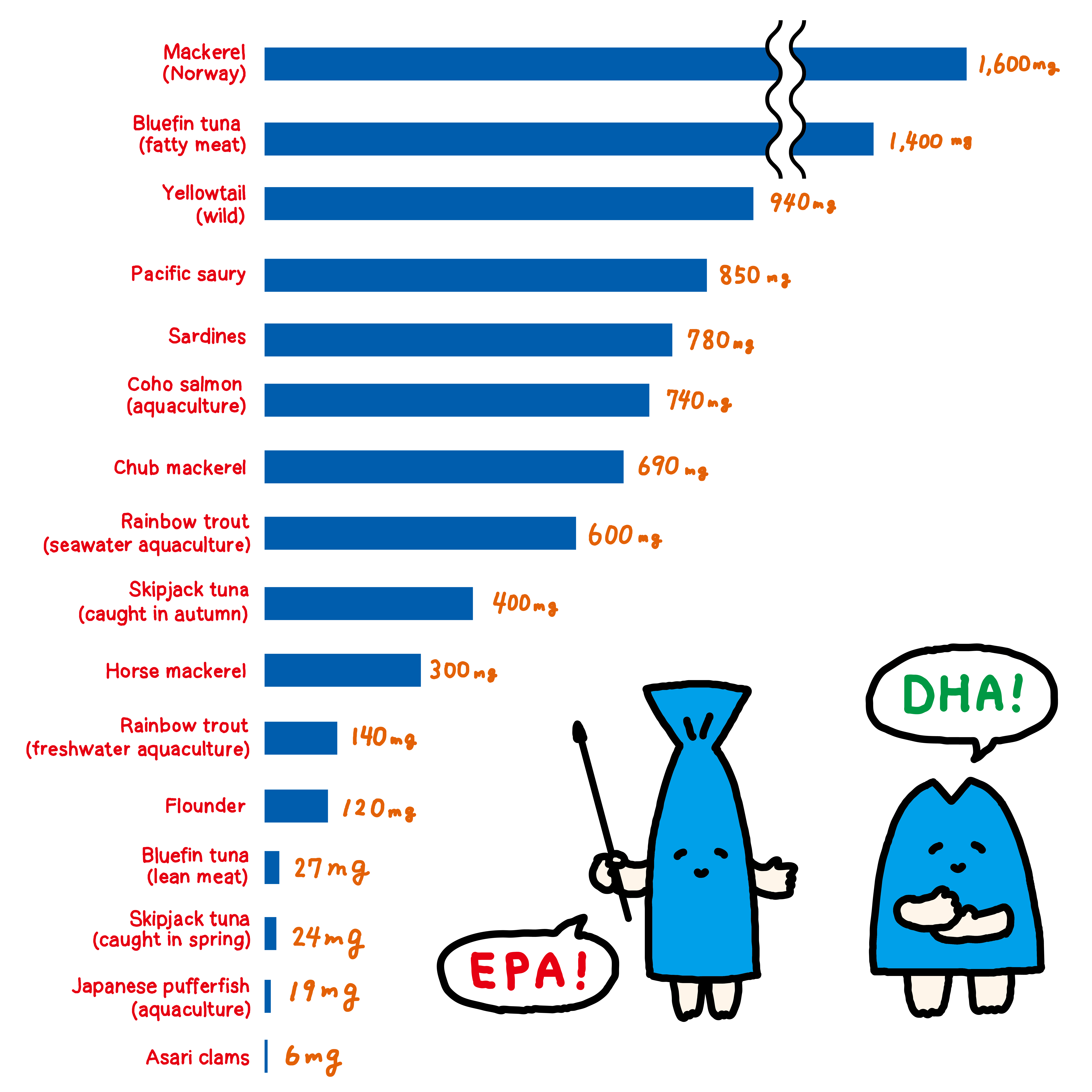 DHA: Studies have shown that for optimum health, Japanese should take 900 mg of EPA/DHA per day.

EPA: But it's hard to remember how much EPA the different kinds of fish contain, isn't it?

DHA: Well, it's good if you can eat fish a lot, but that's probably hard to do every day.

EPA: There are lots of processed foods and supplements rich in EPA and DHA on the market now, so people should take advantage of products like that.

DHA: Adding those products to your daily diet will make it easy to obtain EPA and DHA.

EPA: I hope people will get into the habit of using products containing EPA and DHA. We're here to help everyone stay healthy.

DHA: That's right. Thank you for your time today.