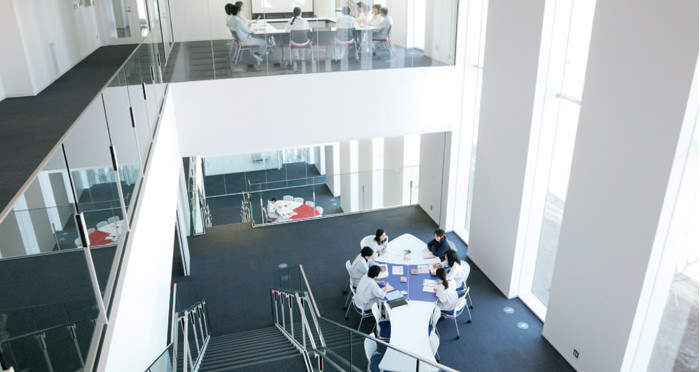 In an effort to fortify its research and development (R&D) capabilities, the cornerstone of its business expansion, Nissui, in April 2011, launched the Tokyo Innovation Center in Hachioji, Tokyo, and consolidated its R&D and product development divisions. For Nissui, which commemorated its 100th anniversary in May of the same year, the Center will serve as the R&D base for the next 100 years. It is hoped that this improvement of the research environment will enhance the speed and quality of R&D and product development.

The Central Research Laboratory is responsible for laying the foundations for the policy "To give great importance to quality, cost, R&D and marketing," which has been one of the five Basic Management Policies of the Nissui Group since the time the Hayatomo Fishery Research Group was established. The Central Research Laboratory, which forms the core of the Nissui Group's R&D functions, is engaged in a broad area of research, the results of which are quickly adopted at the production sites and are continually contributing to the completion of a unique Nissui system.

The Central Research Laboratory has three laboratories and all three are engaged in studies that are fundamental to Nissui's businesses.

The first laboratory is the Fishery Products Foods Research Group, which studies the taste and characteristics of raw materials, including marine products. For example, this Group studies what types of fish paste (surimi) will be achieved if certain types of whitefish and certain types of processing are used, in the process of making fish paste (surimi) products. In terms of frozen prepared foods, the Group, for example, is involved in the R&D of the different types and characteristics of flour used to make the breading on fried foods crunchy.

The second laboratory is the Aquaculture Fundamental Research Group, which is involved in the R&D of making fishless feed for aquaculture, which formerly contained fish meal, as well as assessments that quantify the quality of fish flesh.

The third laboratory is the Health Fundamental Research Group, which conducts R&D on the active ingredients contained in fish oils such as EPA (Eicosapentaenoic acid) and DHA (Docosahexaenoic acid) that lead to the development of pharmaceuticals and dietary supplements.

The Food Safety Research Department is committed to providing peace of mind to the customers by verifying food safety. The Department conducts various types of analyses relating to food safety including analysis of residual pesticides and heavy metals, residual drugs intended for animals, organisms that cause food poisoning and allergic substances, while at the same time forming a part of a global inspection network through its links with the Qingdao Nissui Food Research and Development Co., Ltd. and the Quality Control Section Thailand. In order to enhance the reliability of the factory inspection departments throughout the country and overseas and ensure the stability of inspection levels, the Center has also created Nissui's unique test kits and manuals, and set up an "Excellent Lab" to educate, train and certify necessary personnel.

The Product Research & Development Department is primarily responsible for new product development of processed foods including frozen prepared foods, shelf-stable foods, fish paste (surimi) products, and fish sausages. The Department is engaged in the creation of new products with value by planning new products, ensuring the safety of the raw ingredients and constantly seeking new materials and new technologies. Research conducted by the Center deals not only with the taste of the materials but also the functional aspects as well, which has given rise to previously unheard of product categories such as the "Shizenkaito-de-oishii (Delicious Thawed at Room Temperature)" frozen prepared food series and the "Nizakana no moto (Flavoring for boiled fish)" condiments for foods prepared in the microwave. 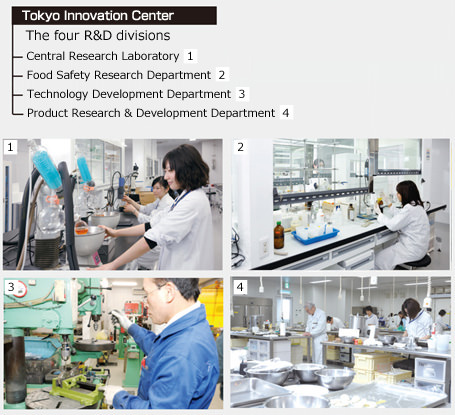 The Tokyo Innovation Center has been designed throughout with its purpose of strengthening the coordination among the R&D divisions and streamlining operations in mind. On each floor the offices may be viewed through a sheet of clear glass from the common areas and unobstructed views of the offices up to the fourth floor can be enjoyed from the first floor entrance through the uncovered stairwells of each floor. An environment conducive to maintaining close communications between the employees has been realized by promoting such "Visualization" throughout the building and designating the common areas on each floor as communication space. Meanwhile, the doors cannot be opened without a cardkey and thus the building may be said to epitomize both openness and strict security.

Additionally, each floor is arranged based on a flow that maximizes operational efficiency by placing the offices at the northern end, the experimental and research laboratories to the south of the offices, and chambers for storing special equipment and chemicals at the southern end of the floor. This efficient flow is particularly evident in the Product Research & Development Department on the second floor where a test kitchen is located on the south side of the office and a test plant to produce large quantities of the newly-developed products on a trial basis is located on the east side of the kitchen.

The Tokyo Innovation Center is adjacent to the "Utsunuki Green Zone," a landscape conservation area in the Musashino region, surrounded by bountiful nature. In an effort to preserve and blend with the ecosystem of the conservation area, the Center was designed as a four-story low-rise building, with the highest priorities placed on mitigating the environmental burden as well as adapting and contributing to the environment of the surrounding areas. The building features various environmental measures including a solar power system, EcoCute (an energy efficient heat pump, water heating and supply system), an ice thermal storage multi-system for buildings, use of daylight and rain water; and has been ranked in the highest "S Class" under the Comprehensive Assessment System for Built Environment Efficiency (CASBEE).

Energy-saving measures have also been adopted throughout. For example, the building has adopted ambient lighting, which automatically senses brightness and turns on / off, and motion sensors have been attached to hallway lighting, which is automatically dimmed by 30%, when nobody is around. 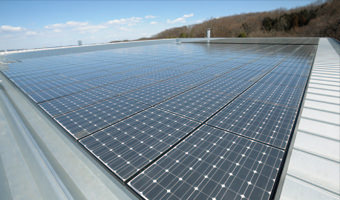 The solar panel on the second floor roof contributes to energy saving by converting solar energy into electricity. 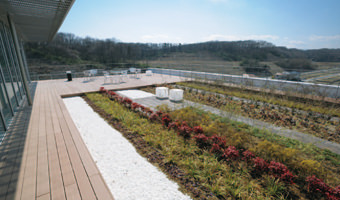 Energy-saving effects, such as reduction of heating / air-conditioning, are expected by planting greenery on the roof. 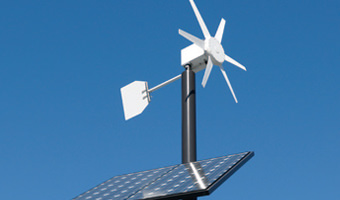 The electricity generated by the natural energy system, which combines wind-power generation and solar panels, is used mainly for the outdoor, nighttime lighting system. 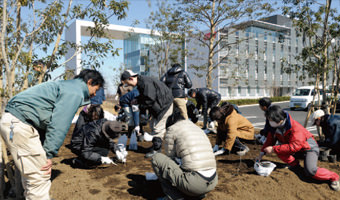 Trees that take into consideration the trees of the surrounding area are being planted.